The Next Recession May Come By Stealth

Markets have been blowing hot and cold regarding the prospects of a recession in the U.S. The Institute of Supply Management’s November survey shows that the index of factory activities in the U.S. fell to 48.1 from 48.3 in October (any reading below 50 is indicative of a contraction). This is confounding the expectation that America’s domestic industrial production would improve in anticipation of a “deal” in the U.S.-China trade war. However, the Department of Labor also reported that 266,000 jobs have been added to the economy in November, bringing unemployment rate down to a historic low of 3.5{e6862eb776a98734b990fc9bf0020b7f72927359107ed9135e7680806d92c117}. A confusing situation has just been made more confusing. It has been said that generals are always fighting the last war. It’s not that different when it comes to fighting economic downturns. Since the global financial crisis a decade ago, we have been scouring the horizon for any signs of financial fragility, such as asset bubbles, that could plunge us into the next global recession. Despite mounting evidence of a weakening economy, there are no asset bubbles comparable to that of the pre-2008 period. And we won’t find any, even as we edge closer to the next recession. Since the last global financial crisis, the global economy has been reshaped by different forces, and the coming recession will be caused by factors totally different from those of the last one.

First off, the global economy today is mired in uncertainty arising from the trade war, an enfeebled Europe, Brexit and rising geopolitical tensions. An even deeper source of uncertainty is that the liberal global economic order, in place since the 1950s, is dying. Two trends are converging to kill it. The first is the West’s declining economic dominance relative to the rest of the world, and China in particular. The second is the rise of populism in Western democracies, arguably the most serious challenge to the legitimacy of the liberal global order. And yet, even as the liberal global economic order fades away, it’s unclear what a post-liberal global economic order will look like. So for now, the global economy is like a barfly at closing time: it has no clue where it’s going, but it can’t stay here. Developed world economies have meanwhile been seriously weakened by prolonged zero interest rates, making them vulnerable to unexpected shocks. Extraordinarily low interest rates distort the price of money, arguably the single most important price signal in a market economy. They poison the business environment, allowing poorly run businesses to survive, jamming the gears of creative destruction that drive any economic renewal. The survival of poorly run businesses also suck profits from more successful businesses, sapping their ability to expand. Against this backdrop, any number of missteps could trigger chain reactions that push developed world economies into recession. But we should also be prepared for a potentially different kind of downturn. The accepted definition of a recession is two consecutive quarters of contraction in an economy. The next recession, however, may not technically qualify as one. For example, we could have one quarter of 0.3{e6862eb776a98734b990fc9bf0020b7f72927359107ed9135e7680806d92c117} growth, followed by a contraction of 1.2{e6862eb776a98734b990fc9bf0020b7f72927359107ed9135e7680806d92c117} the next, then anemic growth in the third and fourth quarter of, say, 0.1{e6862eb776a98734b990fc9bf0020b7f72927359107ed9135e7680806d92c117} each, and then another contraction of 0.5{e6862eb776a98734b990fc9bf0020b7f72927359107ed9135e7680806d92c117} and so on. While the technical definition of a recession may never be met, the economy would still be shrinking, left to wane inexorably by impotent monetary and fiscal policies. It would be a recession by stealth. About Writer Yuwa Hedrick-Wong this sample is no follow, but on order we make do follow About Article Source Forbes this sample is no follow, but on order we make do follow 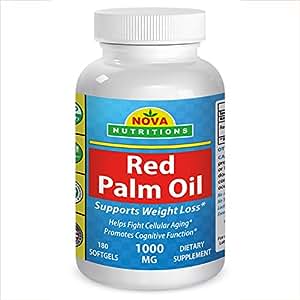